You’ve heard it a thousand times. He or she got to where they are because they were in the right place at the right time. Someone, you know was on another mundane flight to the west coast on business, they get bumped to first class and they spend the entire time auditioning for the CEO of a company they’ve been dying to get an interview with. Or a trip you were most likely dreading turns into the flight of your dreams on one simple turn.At first glance, this would have you believe that life is a stream of random occurrences or lucky events. Or maybe some people are just luckier than others. It’s all a roll of the dice.

I don’t think that’s true. What I do believe is that reality is what you think, and therefore you are always in the right place at the right time.It is also a matter of how alert you are to what is going on around you.This can work both ways so be careful. But, in any case, it is a matter of recognizing and taking advantage of the opportunity.

What if you were seated next to the CEO, but you were governed by self- doubt, started feeling that you had nothing much to offer in conversation, and, chose to have a glass of wine and sleep through the flight?See what I mean?

Things work in reverse as well. What looks like a budding fiasco or a good effort gone awry can present opportunity.It’s the same as dynamic as when it appears you are catching a lucky break.It’s simply coming from a different angle.

Case in point: An expensive birthday party clown I hired for my daughter’s third birthday years ago changed my life forever helping my family in ways we could never imagine. None of us knew what was coming when I retained his services, but his lifeless performance served as inspiration for the party business begun a year later which grew into a full-time income life saver.

I had been sitting around the kitchen table for months prior wracking my brain trying to figure out a side business that would bring in income and let me stay a full-time mom. What it took in this situation was seeing my three-year-old with her little face buried in her hands in disappointment at this guy’s routine.It triggered what I was unable to envision until that moment.

Spot the opportunities and act on them

The ideas started flowing. I wasn’t going to start a career as a backyard clown obviously, but party planning as a weekend business was an idea whose time had come.

If this clown had to be booked weeks in advance to charge an arm and a leg only to disappoint a little three-year-old girl, there was definitely room for someone willing to work hard to make a little girl’s dream come true.

Great opportunities can be created or found.

Either way, you have to be prepared. You cannot be scared to act.My course was clear. The choice was between going back to work in some sort of corporate position or start a business.While I had spent 10 years in retail management with Nordstrom before having kids, by the time kid number three came along, motivation and reasons for working bore no resemblance to how it was before.

Life was now all about raising good kids. I think it was Jaqueline Kennedy who said if you do a poor job at that, nothing else matters.It was a matter of putting together a plan, pinning down the details, and, determining how to finance my venture.

Never before had there been a moment like this where your thoughts, your ideas, the service you had in mind could potentially take off like wildfire. Never really had there been an opportunity like this for me to create something from nothing.

I give all thanks to that clown. Without him, I might be sitting at a desk still dreaming of that side business while ignoring the messy reality spread out in front of me.So I put in the work, did my research, made some mistakes all in the name of being in hot pursuit of my dream.

In other words, I crafted a mission statement, defined my niche, determined there were enough people in my community with enough money to afford my service and put together a little budget so that it all made sense.

Then, my husband and I sat down and we looked everything over.Together we made what turned out to be one of the most important decisions we’ve made in our lives.In reality, using our family finances was the only chance I had to make this go. It was a moment of do or die for me. Turns out meeting him was another moment of being in the right place the right time aligning.

The moment of opportunity

A year later I opened Lisa Rose Doll House, and Tea Room, a Princess Party venue catering to little girls. Nothing is easy when you start out. I was the only one in the market occupying the niche I had staked out. There were nervous times wondering whether the market will accept what you have to sell. Developing a brand and a reputation takes time.

The fact that my husband was in a volatile industry in an increasingly uncertain economy made me sharpen my focus, become as efficient as possible, and stick to the simple plan that got me this far.The hard part was over though. Women are much more fearful and less confident than men are when t comes to risk taking like going into business. Especially back in 1997.But that was a thing of the past. I was in my element and having a good time.

Over the next 12 years, taking into account a few bumps in the road, things went the way I had hoped.The plan was to bring in an extra income and be there with the kids as they grew up, and it was going beautifully.What originally had the makings of an unhappy memory was actually a golden opportunity bringing into the light what I had been groping for in the dark.

Lisa Rose prospered and became an award-winning institution of sorts. It was also yielding a full-time income because we had done over 5,000 princess parties, and expanded into Children’s Etiquette and a refashioned clothing shop.

From my vantage point, everything was rainbows and waterfalls. I had the “happy job” and couldn’t be happier about it.

A Casualty of the Times

After 13 years in business, economic conditions brought my husband’s consulting firm to a halt and along with it went his income.He was in the housing industry, and in the year 2012 job prospects in that line of work were bleak.We had 3 kids in college.

Can you imagine what widespread panic the prospect of keeping pace with that monstrous expense would unleash?It wouldn’t be a stretch to believe that staking our livelihood on the housing business in 2012 going forward was a bad case of being in the wrong place at the wrong time.

Because my business saved us from what easily could have been a real disaster.It provided the necessary income to prevent a long drop from a high place.Birthdays come once a year and parents will sacrifice other things to make sure they provide a unique experience for their kids.It is something we all seem to have in common, three-year-old indifferent to the times, good or bad.

It’s tempting to give props to the clown again, but what about some three-year-old with a discerning mind. After all, she was the customer showing dissatisfaction with the service and let us know it.

She couldn’t know the many ways it would influence our lives and help her family fifteen years later when it needed it most. Hopefully, she’ll take over the business one day.

We’ve heard it said since childhood that success is the crossroad of opportunity and preparation.Think about it for a moment. Isn’t that the same as being in the right place at the right time?

If There Ever Was a Time to Change Your Mindset…

I Swear, They’re Not Mine! 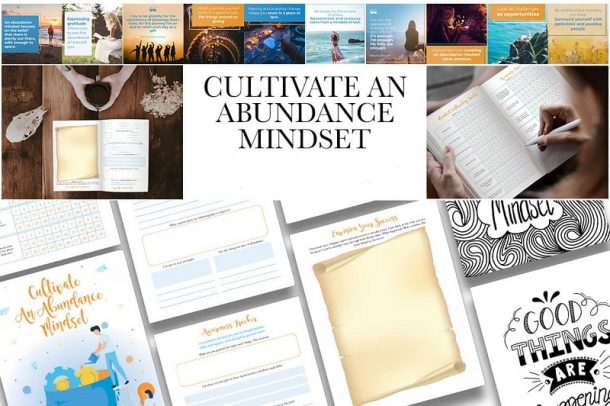 Treat Yourself to a Richer Less Stressful Life