South Korea is a country where the celebration of a child’s birthday is an expression of thanks steeped in tradition.

While ancient beliefs and customs may be softening, deeply rooted customs remain intact in modern society.

An Expression of Gratitude

These beliefs were tied to infant and early childhood mortality which was prevalent in early Korean society.

As a result, birthday celebrations are as much a reflection of the family’s gratitude that the child survived its first years of life as they are in his maturing or becoming a year older. The celebrations were hope-filled and prayerful of a long and healthy life.

There may be no religious connection per se in the way marking birthdays evolved in Korea, but it is without question that seeking protection through a mysterious, invisible higher power against childhood disease and even death was seated in the primal consciousness of the people.

1st Birthday is a Blessing

As evidence of this, Doljanchi, or Dol, which is to lavishly celebrate the child’s first birthday, is commonly practiced in Korean culture still today.

It takes place a year after the child is born.

While South Korea is now an affluent society, Doljanchi maintains a bridge to a past when food was scarce and child mortality rates were high.

It was considered a blessing that the child survived the first year of life, and therefore the most important birthday in Korea is the first birthday.

On the occasion of their first birthday, the baby is dressed in fine clothes and brought before a large gathering of family and friends.

There is a huge feast and the guests leave money for the child. In what might be considered superstition, the widespread belief is that a child’s future is told by what objects they pick up during the celebration (birthdaycelebrations.net).

Koreans believe that to bring the child good luck and avoid misfortune, red bean cakes are to be placed at the four corners of the compass inside the house. They also believe that a long life is in store for the child if the steamed cakes are shared by 100 people, thus explaining the large gathering.

The serving vessels of the rice cakes are returned with skeins of thread from the vessel expressing hope for longevity and wealth.

In a number of ways, much like Japan and other Asian and European countries for that matter, the birthday party in Korea has now become similar to that in the west. Cakes and candles are common along with the existing tradition of large gatherings of family and friends. Some old traditions remain deeply ingrained in modern culture, though, and differences do remain.

The Moon and Stars

One fascinating difference is that many people celebrate their birthdays in accordance with the lunar calendar. Consequently, the date of their birthday changes every year.

Many cultures throughout the world developed traditions in celebrating which are rooted in symbolism and spirituality. In ancient times prior to technological advancements which brought about dramatically reduced child mortality, this certainly makes sense.

A Child’s Well-Being is All that Matters

In reflecting upon this in terms of the here and now, what does a parent do, if not worry, hope, and pray for the well- being of their child from the day they are born throughout their lives?

So in that sense, it’s true that nothing has changed through time regardless of the magnificent innovations available in the world.

In my Princess Tea Party business, compassion for these young kids who come to celebrate their birthdays is my guiding light.

Beyond the lucrative business aspect, I help create happiness in their lives and make simple dreams come true.

The Princess Tea Party business is fun, flexible, and lucrative. Now, with nearly 20 years of experience, I am helping other women achieve the same joy and satisfaction I have experienced in my two definitive Guides, Become a Princess Tea Party Business Owner, and Become a Children’s Etiquette Teacher. These are the exact road maps I followed to start and operate successful businesses made easy. No prior business experience is necessary, and no franchise fees. Learn More Here

Lisa Zakar is a wife and mother of 3. She is the owner of Lisa Rose, a popular Princess Tea Party venue. She has a 17-year track record in the Princess Tea Party business. Lisa had a 10-year history in higher end retail with Nordstrom before launching her business. Lisa Rose is an award winning party venue with Best of Honolulu/children’s parties/Honolulu Magazine, and, Winner of Best Children’s Parties/Island Parent Magazine. Lisa has locations in Honolulu.

If you enjoyed this post you are welcome to read more here!

How I Turned A Business Idea For Women Into Reality

Why You Need Plan B 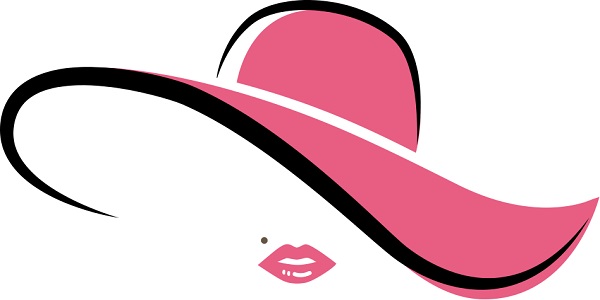 Master the Art of Princess Parties

5 Creative Ways to Take Advantage of